It often irritates me how the settings of XFCE, a light-weight desktop environment, are distributed across Appearance, Window Manager, Window Manager Tweaks and Workspaces in xfce4-settings-manager, the configuration application that ships with XFCE: 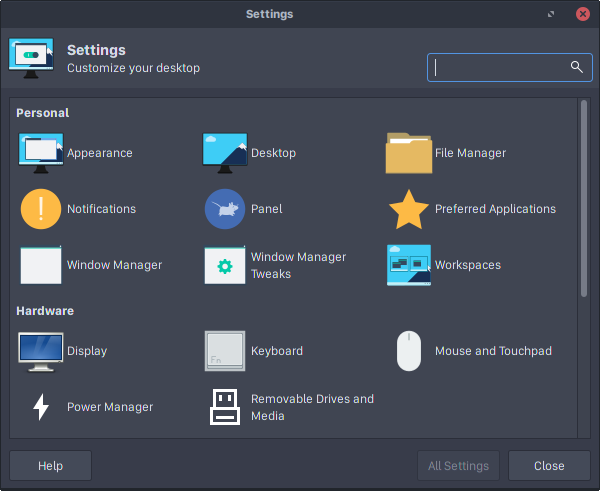 Considering where the individual settings come from, it becomes more obvious that the settings are mostly organized by application.

This requires users to make a mental mapping between the application (e.g. “which application is in charge of drawing the title bar? … That should be the window manager!”) and the settings panel associated with it (“let’s open Window Manager as this is the panel to configure XFWM4, XFCE’s window manager”).

I believe this makes it a bit harder for users to discover the right place for customizing their settings.

Instead of organizing settings based on the application in XFCE’s stack that makes use of the setting, settings should grouped according to the general topic that is being configured.

I made some rough sketches how the user interface could like with these changes. 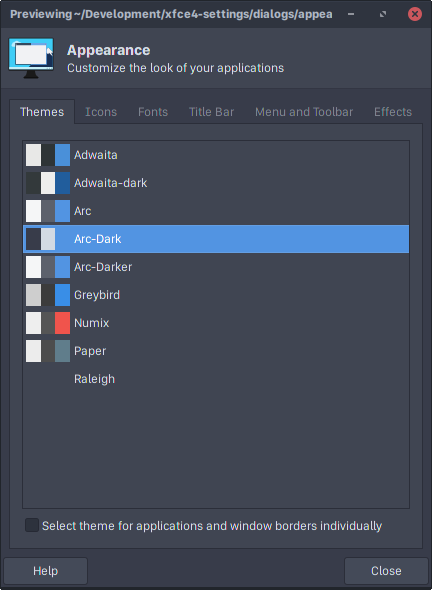 The theme tab looks almost like it does today, but consolidates the GTK theme and the window theme selector:

By default only themes that provide themes for both GTK and XFWM4 are displayed – this has the nice benefit of encouraging theme authors to ship with XFWM4 themes.

If the checkbox Select theme for applications and window borders individually is enabled, the theme list receives a second column, which allows picking a window manager theme, while the first column acts as the GTK theme selector.

The icons tab is unchanged.

This tab gets settings to configure the font of the window title: 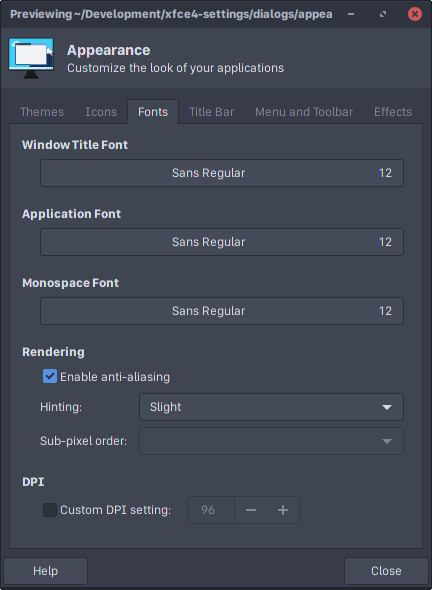 A new tab is added to configure how the window title bar is displayed: 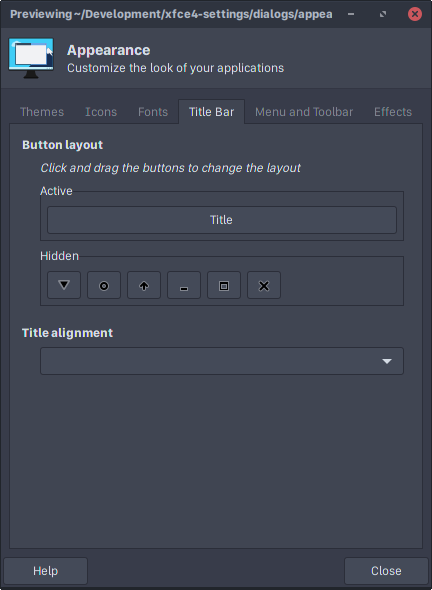 The Settings tab is renamed to Menu and Toolbar, and the “event sounds” items are moved elsewhere (probably to the Accessibility panel): 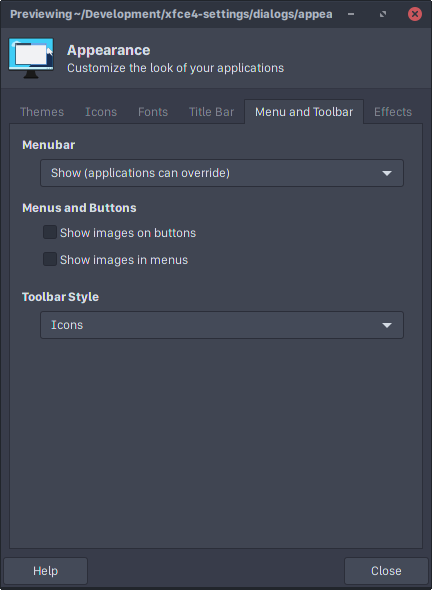 A new tab for effects holds appearance-related settings of the compositor: 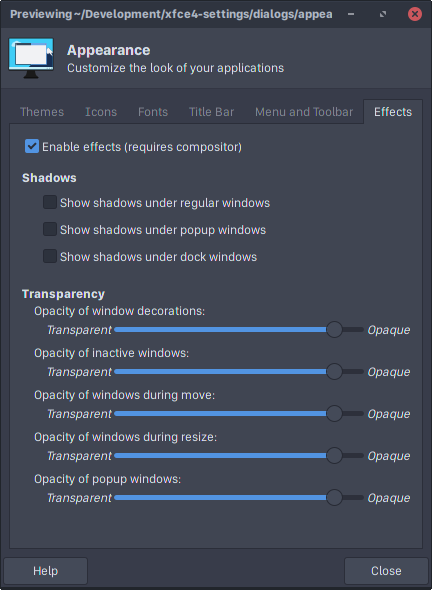 Compared to the current state, the following changes are made:

This is the result:

I would love to receive feedback, criticism, ideas …!